A dear friend had a themed, murder mystery party this year.
A humorous, super hero, murder mystery party.
Mostly because we like to have fun and partly because the story line to this murder mystery was rather ridiculous (come to find out in the midst of the party).
But that’s neither here nor there…this post is about the cape and wristband I made using this tutorial from The Southern Institute {found via Pinterest}. 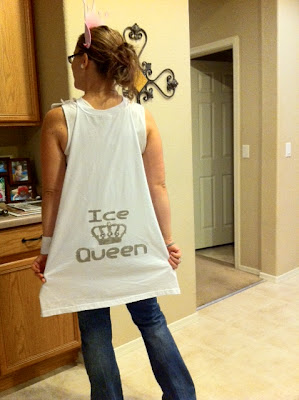 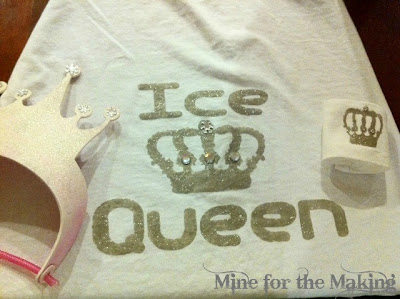 I also used the freezer paper stencil technique (similar to the way I did my fall burlap banner…tons of tutorials on this…here is one) to “brand” my super hero cape and wristband. I spray painted one of my daughter’s foam crowns white, added silver glitter paint to it, and hot glued on some rhinestones to “bling” it up a bit. I was super happy with the way everything turned out and … it was FREE! I had all the supplies on hand. 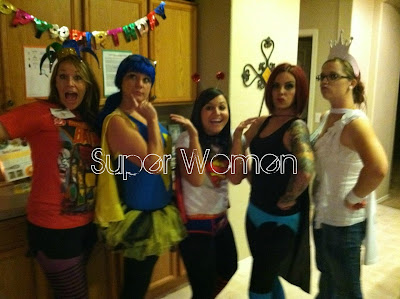 Here are all of the Super Women at the party.
{Jester, Electra, Stingmata (aka: the birthday girl), Blue Blaze, and Ice Queen}
The men were dressed up to…I spared you all a picture. Men in tights with underwear over the top is not the cutest of looks…and your eyes tend to travel to places they may not want to travel to. Just sayin’… 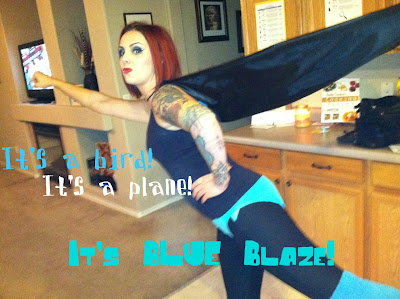 It’s a bird! It’s a plane! No…it’s Blue Blaze protecting a city near you! 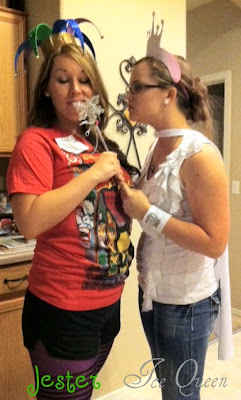 I was trying to look mean in this one…you know…to stay in character. I mean, I was the Ice Queen.

It was a great night.
I love that we can all be silly and ridiculous even at twenty-something.
Gotta ♥ your girlfriends!
I wonder if they care that I posted these…guess we will find out : )
Have you been inspired to make something you pinned on Pinterest?
The pinning becomes a little pointless unless you use some of that “pinspiration” to CREATE something!
A party theme, a Halloween costume, a recipe, jewelry, clothing, a piece of art, furniture, paint color for your kitchen renovation, DIY decor pieces…
Be inspired to create something this week.
Thanks for stopping by!
See you tomorrow to find out who the featured DIY Divas are!

This error message is only visible to WordPress admins